Since peaking in May 2017, the Prince Edward County real estate market has cooled significantly. Since May, the market had largely returned to historical normal by the end of September (though sales actually fell below the 3-year average during the 3rd quarter). The bottom line: selection is still limited, but buyers face a much more favorable market than earlier this year. 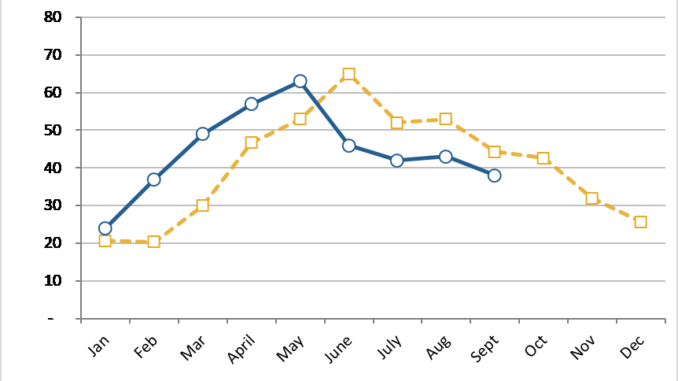 Home sales in the County follow a consistent seasonal pattern, peaking in June, followed by a progressive decline into the winter months. For the first five months of 2017, the number of houses sold was significantly higher than in the previous three years. However, sales have declined since May to the point where monthly sales during the 3rd quarter were below the average level of the previous three years. 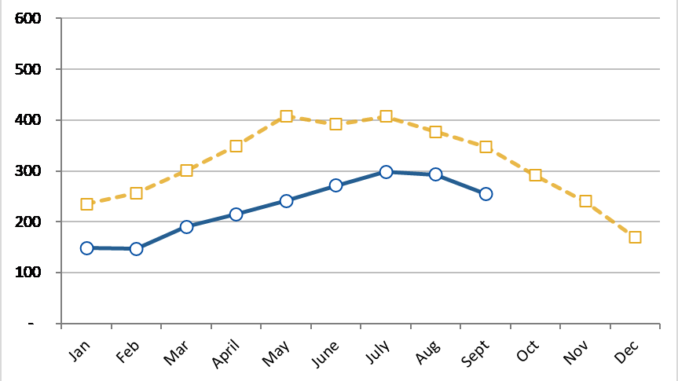 Inventory -the number of homes available for sale- continued to track well below historical levels during the 3rd quarter. Choice remained limited for would-be buyers. 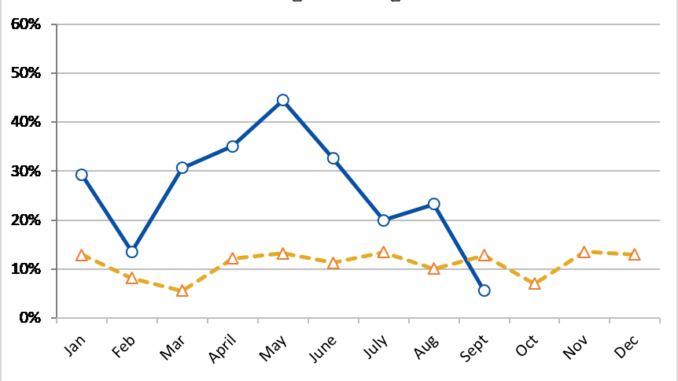 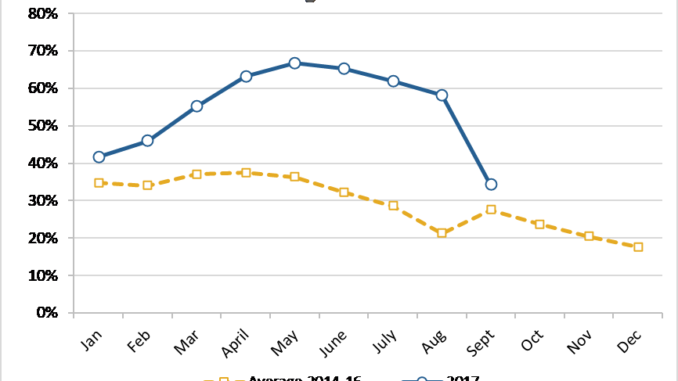 Similarly, after reaching an all-time high in May, the percentage of homes selling in a month or less fell in September back to historical levels for this time of year. 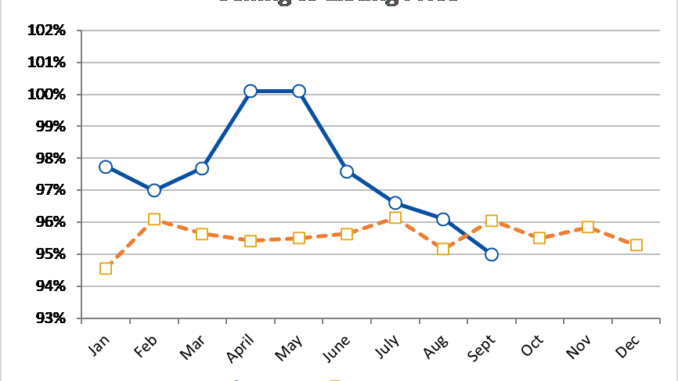