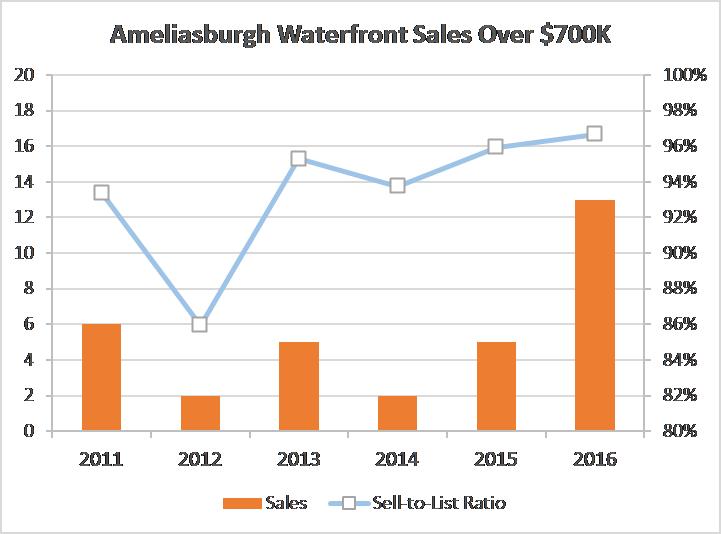 2016 is not over yet and already 13 such homes have sold, more than 3 times the average for the previous 5 years.

The bump in demand is also reflected in the selling to listing price ratio which has increased to near 97% in 2016.

There are no developments in the local economy which would explain this spurt in demand for more expensive homes.

Anecdotally, much of the increased demand is coming from Toronto, where there is likewise no economic growth to support the explosion in home values.

If you’re in the market for one of these waterfront homes, prudence is in order to avoid buying at the top of a market fueled by a Toronto bubble.