September home sales in Prince Edward County followed the same pattern that we’ve seen throughout 2016, smashing all sales records for the month. Fifty-five single family homes were sold in the September just completed, up 20% from the previous year, which in itself was a record year. 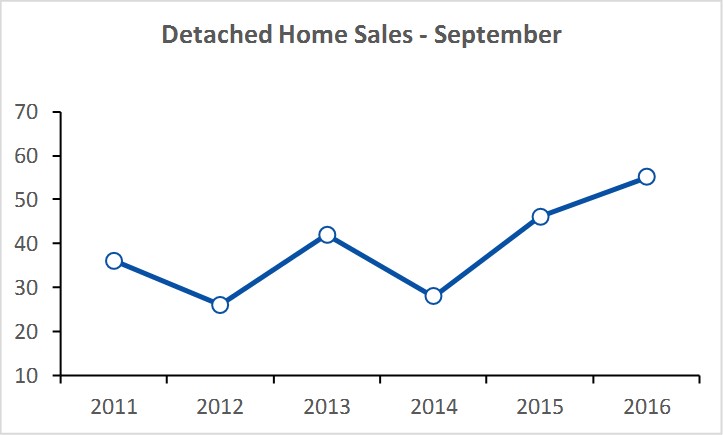 In fact, sales have been at record highs throughout 2016, with year to date sales up 17% over where we were at this time last year.

How long will the current seller’s market last? It’s hard to say but what is certain is that the explosive growth in sales in the County has its origins in growing demand from Toronto.

It remains to be seen what the full impact will be if (when) there is a downturn in Toronto.