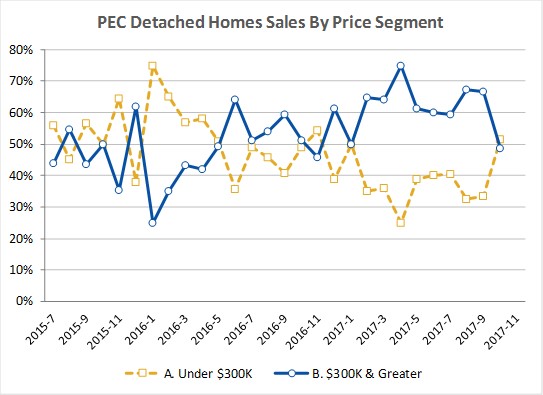 The most striking news for October was the change in the mix of homes selling shown in the chart (above). Ever since January 2017, homes in the over $300K price range have out-sold less expensive homes, but this changed in October when the majority of homes sold were in the under $300K price range.

Historically, most homes selling over $300K go to buyers from Toronto. The drop in sales over $300K suggests that Toronto buyers sat on the sidelines during October, though it’s too early to tell whether this is an impact of the slowdown in the Toronto real estate market…or the fact that rain fell three out of four weekends in October.